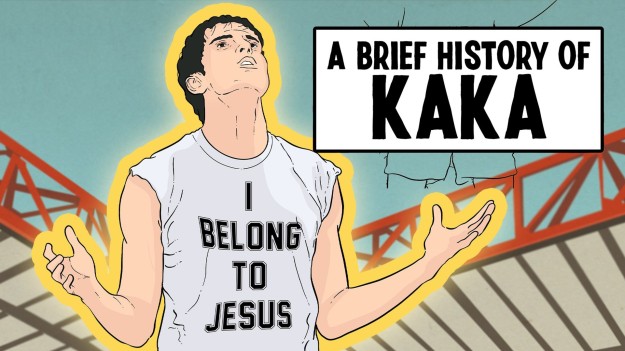 “Kaka was one of the most graceful players the game has ever seen. But alongside that grace came trophies, he wasn’t just graceful he was effective too. This is the story of Ricardo Kaka; a life-changing accident, a devotion to god and a trophy-laden time in Europe. Written by Seb Stafford-Bloor. Illustrated by Henry Cooke.”
YouTube