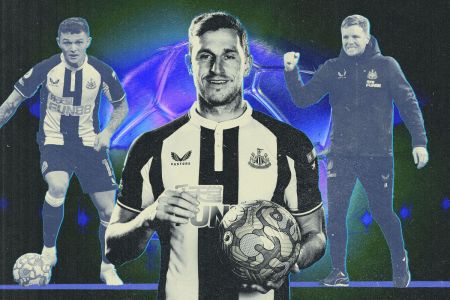 “Look: Manchester City will win the Premier League title. If you’d like to foster the belief that alternative outcomes are possible, then by all means characterize the two-point swing in the title race just before the international break as ‘significant’ or even inconvenient for the reigning champions. Southampton’s Kyle Walker-Peters darting across City’s back line and striking a blow against Pep Guardiola’s Goliath; Hakim Ziyech’s magnum opus against Tottenham; Liverpool triumphing over Crystal Palace in a must-win game amid penalty controversy—this is all the kind of blockbuster stuff that suggests the pulse of the title race is quickening. It amounts to City now being just nine points clear at the top of the table now. …”
The Ringer

This entry was posted on Tuesday, February 1st, 2022 at 12:37 am and is filed under Arsenal, Chelsea, FC Liverpool, Manchester City, Manchester United. You can follow any responses to this entry through the RSS 2.0 feed. You can leave a response, or trackback from your own site.