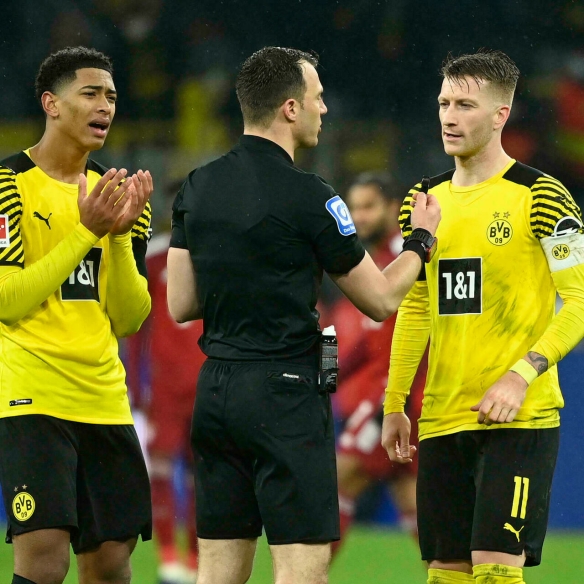 Jude Bellingham (L) could face sanctions from the German FA after criticising the referee following Saturday’s 3-2 loss to Bayern Munich
“This time, at least, there were grounds for debate. Der Klassiker has become the showpiece that retains attention but equally fuels the barbs of the critics, a symptom of Bayern Munich’s indefatigable dominance to pessimists and Bundesliga detractors. This time, the fixture’s usual chaotic energy synced with genuine jeopardy. Even if the current run was extended to Borussia Dortmund beating Bayern just once in their last 10 Bundesliga meetings (with six straight wins for the champions), Saturday’s latest edition oscillated wildly. …”
Guardian