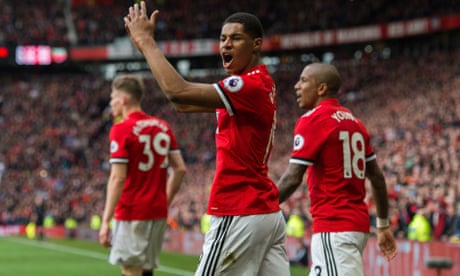 “A long ball. Dejan Lovren steps tight to Romelu Lukaku, tries to shove him, fails to move him and drops off. Lukaku wins the header and Marcus Rashford scores. A long ball. Lovren steps tight to Lukaku, fails to unsettle him. Lukaku wins the header and Rashford, after the brief intervention of a block challenge on Juan Mata, scores. For Liverpool it was a case of Dejan vu all over again. This was not as bad as his performance at Wembley against Tottenham, when Lovren played as though dazed, but it was another game in which Liverpool conceded goals that, from a defensive point of view, came through the Croat. …” Guardian – Jonathan Wilson

“PARIS — The transfer fee was eye-catching, the salary eye-watering, and the impact jaw-dropping. It seemed to be the move and the moment that signaled a power shift, a change in soccer’s established order. One of the brightest South American talents of his generation, heralded as the next best player in the world, moving to a rising force in Paris, drawn by money and glamour to a club long on cash and short on patience. …’ NY Times

“If Tottenham came close to glory before blowing the chance last week, then a club from Venezuela came even closer. Last Thursday Mineros were at home to Nacional of Paraguay in the second leg of their clash in the Sudamericana Cup, the Europa League equivalent. The game in Asuncion had finished goalless, and the same thing happened in Puerto Ordaz. The tie went to penalties. After three rounds, Mineros led 3-1. They could hardly be closer to a place in the next round. One successful penalty from their last two, or one more failure to convert from Nacional, and the Venezuelans would be through. The stadium was ready to celebrate. And then, one by one, the chances went begging. After two consecutive Mineros misses, and two consecutive Nacional successes, the scores were level at 3-3. Sudden death ensued. Mineros missed, Nacional scored and the Paraguayans were the ones doing the celebrating….” World Soccer – Tim Vickery

“It wasn’t just Spurs fans wincing at the sight of Harry Kane’s foot trapped underneath Asmir Begovic at the Vitality Stadium on Sunday afternoon. The World Cup is only three months away, and Gareth Southgate will have been devastated to see his star striker shake his head and trudge off the pitch, defeated by a third ankle injury in two seasons. …” Telegraph

“Fortuna wins the derby and increases the lead over Nürnberg. Ilia Gruev sent his team on the pitch in the expected 4-4-2 formation, with Bomheuer fit again replacing Blomeyer. Frontzek arranged his team in a 4-1-4-1 system. Raman was out of squad, not completely healed after a flu, while Neuhaus stayed on the bench, with Bodzek playing from the beginning. …” Bundesliga Fanatic

“20th May 2017, Rhein Energie Stadion. Koln are hosting Mainz in front of a sold-out crowd, anxiously awaiting their sides final game of the Bundesliga campaign. Win, and European football would be guaranteed for the first time since 1992. Tensions would have been rather calmer had they not blown a 2-0 first half lead the week before away at the BayArena to Bayer Leverkusen only to draw 2-2. …” Backpage Football

“Torino’s first successful period was built on the back of the Cinzano empire, winning Serie A in 1928 with an expensive and exciting team. A decade or so later, Torino were taken over by Ferruccio Novo, an industrialist with a taste for sport. Novo took the advice of the great Vittorio Pozzo, who had won two World Cups with Italy, and brought a team of people he could trust to the club. His technical adviser was Ernest Erbstein, a Hungarian Jew who survived the holocaust. Antonio Jani and Mario Spur had the experience of winning Serie A in 1928, while a Brit, Leslie Lievesley, was named youth coach. …” Football Pink