After unorthodox path, Griezmann has France on cusp of Euro 2016 title 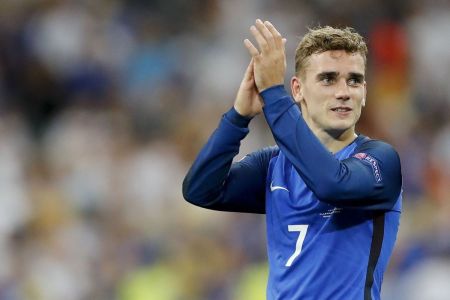 “‘They didn’t create any chances,’ Germany manager Joachim Low moaned following the Euro 2016 semifinals. And yet somehow France scored two goals in the 2-0 victory, both from its newest hero with the unique backstory, Antoine Griezmann. One, admittedly, was a penalty awarded after a handball following a set piece, but the other was a classic piece of poaching. There was something very old-fashioned all around about that second strike–a cross, a goalkeeper stretching with a striker bearing down, the loose ball prodded in. It felt anachronistic, which perhaps goes some way to explaining Germany’s greatest problem in this tournament–and also why Griezmann has had such an impact.” SI – Jonathan Wilson

This entry was posted on Friday, July 8th, 2016 at 11:37 pm and is filed under Euro 2016, Football Manager, France, Jonathan Wilson, Portugal. You can follow any responses to this entry through the RSS 2.0 feed. You can leave a response, or trackback from your own site.