Back to the future: how football’s tactical evolution has begun to invoke the past 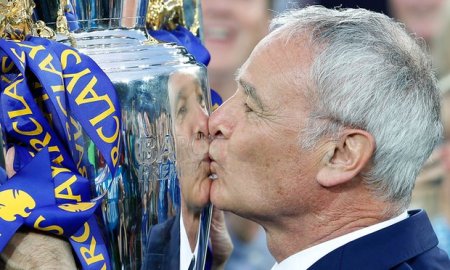 “For a time, the orthodoxy was that the only way, at least for clubs that saw themselves as part of the elite, was the Barçajax way. Pep Guardiola’s Barcelona were seen as the model, producing football of extraordinary brilliance, pushing the boundaries of what had previously been thought possible in terms of control of possession. Others followed, many of them directed by coaches who had, like Guardiola, been at Barcelona in the late 90s and who represented the blossoming of Johan Cruyff’s ideals into orthodoxy.” Guardian – Jonathan Wilson

“Marcus Rashford instead of Jermain Defoe; Andros Townsend ahead of Theo Walcott; Jack Wilshere in, but no Mark Noble. So did Roy Hodgson get his provisional England Euro 2016 squad right? Opta statistics suggest an England squad based on data alone would have Watford’s Troy Deeney right in contention, with Bournemouth’s Steve Cook and Simon Francis competing to partner Manchester United’s Chris Smalling in the heart of defence. BBC Sport takes a look at the statistics around key England selection decisions.” BBC (Video)

Euro 2016 – Get ready for the French renaissance

“This summer, France will host Europe’s biggest international football tournament, and their fans will be quietly hopeful that their team will be able to repeat the heroics of 1998 and 2000, and deliver an international trophy. They might well have every reason to be expectant, France find themselves with arguably the best pool of players to choose from since that World Cup success in ‘98, and with the luck usually afforded to tournament hosts, it might just be their year.” backpagefootball

““Why do all good things come to an end?” That is the question, as noted contemporary thinker Nelly Furtado pondered but they do and we have arrived to the end of the 2015/16 season in which the final matchday of the Bundesliga brought us 29 goals and a lot of weird results. Bayern lifting the trophy http://imgur.com/gallery/juue6K7 and Robert Lewandowski breaking the 30 goal mark was almost a foregone conclusion , but ‘dogs were whistling a new tune, barking at the new moon’ as Hannover’s inexperienced defense made Mario Götze look like Neymar. A hearty congrats to Mario who scored 66% of his season total today! Let us hope that BVB will not be tricked into resigning him, after picking up Dembele and getting a 2-2 draw against Cologne, which picked up two goals on just six shots.” Bundesliga Fanatic

El Nene – The hope of a nation

“South America has produced many fantastic footballers over the generations, players such as Garrincha, Jairzinho, Pele, Diego Maradona, Lionel Messi, Carlos Valderrama and Enzo Francescoli to name just a few. However, there is one South American country which is not renowned for its production line of producing world class football talent – Peru. But on the 8th March 1949, one did trundle off the assembly line; his name was Teofilo Juan Cubillas Arizaga, better known as Teofilo Cubillas.” Football Pink 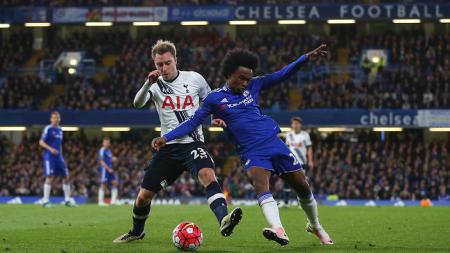 “History is in the making. The Olympic Games come to South America for the first time, in little more than three months, and it will all happen in my adopted home of Rio de Janeiro – but before then a little tip back to London reinforce what being a football fan was all about.” The World Game – Tim Vickery

“For three years now, this website has continued to focus on the younger generation of footballers, often over-looked by mainstream media. For three years we’ve also published a Talent Radar Team of the Season across Europe’s top six leagues, having monitored these players in our Team of the Week and Player Rankings feature” Outside of the Boot