There Was a Crooked Man …

“The world is not divided in its opinion of Sepp Blatter. Few public figures attract as much loathing as the 79-year-old Machiavelli of football, an über-politician whose name recalls the Latin moniker of that creature that would, goes the story, survive a nuclear armageddon: blatta, the cockroach. He has sat contentedly at football’s top table for four terms and was elected for a fifth on May 29. Swatting away would-be usurpers, presiding over the growth of FIFA from a fusty, nearly bankrupt organization into a behemoth that turns well over $1 billion a year—and is now seen as a hotbed of corruption, a nest of thieves whom he allowed to steal and steal again, so long as they enabled him to stay in power. He did not encourage them (they needed no encouragement); he did not condone them; but he looked the other way far too often for us to believe in his innocence.” 8by8

“No one, and I repeat, no one could have expected what came from Olympique Lyonnais last season. Lyon were still at a point financially where they had to solely rely on their famous youth academy to get them by as their new stadium was still being constructed. It’s been that way for the last few years with Lyon as player transfer spending was cut dramatically. After having a seven year peak of dominating French football and being a relevant power in Europe, Lyon went through an awkward transition period that saw them significantly drop.” Stats Bomb

“We are six games into the season in Spain. Villarreal lead, Messi’s out for two months, there’s a logjam at the top, Sevilla just climbed off the bottom, and we finally have a day off without a league game. I think it’s time to take a quick look at some of the early stats and stories.” Stats Bomb

Direct football: The Benefits of playing the Long Ball

“When playing against a team that sits behind the ball and focuses on maintaining a compact defensive unit, using a target player has its benefits. Many teams will concede that they have inferior levels of playing ability to their opposition and so will see fit to ‘park the bus’. In a compact team, the gaps between each player will be small and so their opponents will find it difficult, not only to play penetrative passes between these gaps but will also struggle to find space to receive the ball between the defensive blocks, i.e between the defensive line and midfield line. One way in which the side in possession can break these lines, however, is by utilizing a target man.” Outside of the Boot

Long ball
In association football (soccer), a long ball is an attempt to move the ball a long distance down the field via a cross, without the intention to pass it to the feet of the receiving player. In Continental Europe the style is called kick and rush. It is a technique that can be especially effective for a team with either fast or tall strikers.[2] The long ball technique is also a through pass from distance in an effort to get the ball by the defensive line and create a foot race between striker and defender. While often derided as either boring or primitive, it can prove effective where players or weather conditions suit this style; in particular, it is an effective counter-attacking style of play in which some defenders can be caught off-guard. …” Wikipedia

“Both teams lined-up largely as expected. For Liverpool the main question was whether Rodgers would prefer the 3-4-2-1 or continue with the 3-4-1-2/3-1-4-2 hybrid used in the Norwich game. As it was, Ings partnered Sturridge in the latter shape. Sherwood was boosted by the news that his influential box-to-box midfield Gana was fit to start, which logically saw Villa go back to the 4-1-2-3 shape used before he got injured and an introduction of the 4-2-3-1 followed.” Tomkins Times

“It had to be under the sweltering Rio de Janeiro heat in the Maracana with nerves frayed to a twang, hearts in mouth and tension gripping every single body in that soulful old stadium that Bastian Schweinsteiger was defined most clearly as a man and as a player. Bloodied, bandaged, cramped he was at the wars and spectacularly looked like a doped up Tutankhamun running around upending Argentina players when need dictated, such as his yellow card suffered in the twenty ninth minute for clattering into Ezequiel Lavezzi. He was not in a jolly let’s-have-tea-in the-garden mood, he was zipping around the pitch with absolutely no anxiety and even when Germany faltered, he was often the last bastion of defense. Being man of the match on the biggest stage of all was typical of the man many in Bavaria had christened ‘football God’, a term reserved only for the most charismatic and enigmatic players- indeed the only players that come to mind are Matt Le God Tissier, the king of the Dell and the original Eric Cantona, impressive company.” Outside of the Boot

Manchester United – What Difference Does It Make? 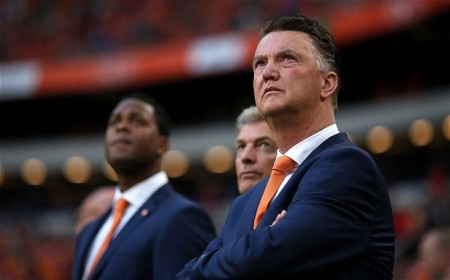 “Sir Alex Ferguson was always going to be a tough act to follow at Manchester United and so it proved as David Moyes’ brief reign ended with him being sacked after a poor season and the club failing to qualify for European competition for the first time since 1990. He was in turn replaced by Louis van Gaal, whose side also struggled at times, but the Dutchman has a great track record, not to mention a larger-than-life personality, and did ultimately lead United back into Europe by finishing fourth in the Premier League in 2014/15. So what difference has the absence of the Champions League made to United’s financial results?” The Swiss Ramble

“When you’ve been as good as Barcelona over the past decade, you don’t get any sympathy — not even when Lionel Messi tears a knee ligament and is set to miss seven to eight weeks. Fair or not, that’s how the sliding scale of club-related compassion works: For one of the biggest and best teams in the world, every setback should only be a speed bump — even if it’s shaped like the best player in the world. So, if you’ll allow us, it’s time to ask the un-ask-able …” Grantland

“The team is funded by income from oil and natural gas interests. Its players have been seduced by high salaries to join the squad. Part of the team’s reason for being is to attract visitors to its country. In fact, the country’s president founded the club’s umbrella organization.” Fusion