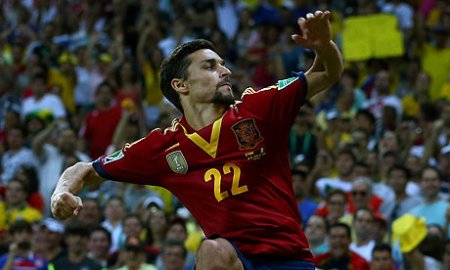 “Jesus Navas scored the decisive penalty as World Cup holder Spain beat Italy 7-6 in a shootout Thursday after extra time ended 0-0, setting up a showdown with host Brazil in the Confederations Cup final. Nobody missed in the shootout until Italy defender Leonardo Bonucci shot over the bar to give Navas an attempt at the winner. The recently signed Manchester City midfielder coolly beat goalkeeper Gianluigi Buffon to end a top-class battle and send Spain to another major final.” ESPN (Video)

Scolari to mull over Hulk dilemma ahead of final
“We cannot yet declare that Luiz Felipe Scolari has turned Brazil into a successful side, and it would be unrealistic to consider them an overly entertaining one. Nevertheless, among encouraging performances and positive results, the main feature of Brazil throughout the Confederations Cup so far has been the sheer consistency of selection.” ESPN (Video)