The 100 best footballers in the world – interactive 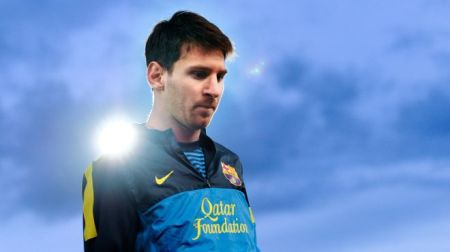 “Welcome to the Guardian’s choice of the world’s top 100 footballers. We asked our 11-strong international panel of experts to name their top 30 players in action today and rank them in order of preference. Once the lists were submitted, the players were scored on their ranking by each panellist: a No1 choice allocated 30pts, No2 29pts and so on down to selection No30, given one point. In a four-part series online and in print we will reveal the results. Starting with No100 at the very end, click on the individual player in the interactive below for our writers’ argument for their placing in the 100. And you can read here how we came to ranking the hundred and a blog on the top 10 here.” Guardian – Jonathan Wilson

The Renovation Of Videoton

“Twenty-six long years have passed since Hungary last participated in a major footballing tournament. It was the World Cup of 1986 in Mexico and even though confidence was high, the Magyars crashed out in the group stage after disappointing results to France and their bitter foes, the Soviet Union. In 1985 Hungarian football was at the centre stage of European football as a small side named Videoton from Szekesfehervar in Western Hungary shocked the continent to reach the UEFA Cup final after beating English giants Manchester United along the way. A 3-1 aggregate loss to Real Madrid in the final was to be expected, but nonetheless, it took nothing away from the achievement of the players who became the first Hungarian side to reach a major European final since Ferencváros ten years earlier.” In Bed With Maradona

My favorite soccer stories of 2012

“To mark the passing of another eventful year of championships, triumphs and memorable moments, SI.com’s writers are remembering the stories they connected to most across the sports landscape in 2012.” SI

The Bundesliga in 2012 – A Statistical Overview

“The end of the Hinrunde and this past week’s German Cup matches rounded off an action packed and interesting calendar year in German football. Bayern Munich and Borussia Dortmund were the Bundesliga’s most talked about and dominant teams while Germany made all the headlines in the summer (some good, some bad) with their record breaking run of games and the contentious loss to Italy at the EUROs. Bild.de collected some of the most interesting stats of 2012 in the Bundesliga, ranging from the fastest goal scored, the quickest sending off, the most fouled players and much much more.” Bundesliga Fanatic

“A week away from this season’s FA Cup third round, it seems appropriate to look back to A. E. Greb’s account of the 2011-12 competition, published in the Summer as an eBook, a collection of the blog posts which accompanied his ten month peregrinations and which concluded with Chelsea’s win over Liverpool in May (at this point I’ll admit that the result of that particular encounter had escaped me – and this from a boy who could at one point tell you all the showpiece occasion’s goal scorers between 1965 and 1996.)” thetwounfortunates

“On Sunday evening Real Madrid traveled to Malaga, with their opponents fresh of the news they will be banned from Europe next season for unpaid debts. Around an hour before kick off the baffling news broke that Iker Casillas, the club captain, had been dropped to the bench. This was the first time in ten years the goalkeeper failed to make the starting XI due to a technical decision.. The match got underway with the away side in control, but at half time it was 0-0, due to Ronaldo producing a good save from Willy Caballero, before missing an open goal. The second half was a different story as Malaga took control, and the recently crowned Golden Boy of 2012, Isco gave the home side the lead.” Think Football

“The man behind the most poignant football story of the year was once sacked by Cambridge United and spent several years getting up at three o’clock in the morning to take the rubbish out of buildings. Flamboyant Frenchman Herve Renard, the unlikely leader of the unlikeliest winners, had been a senior coach for only four years when he led a little-known Zambia squad of mainly home-based players to their first African Nations Cup title.” World Soccer