Francesco Guardi
“An open game was always likely to favour Brazil, and they took advantage to confirm their progression to the knockout stage. Mano Menezes changed his right side completely – Robinho and Maicon replaced Jadson and Dani Alves. Reinaldo Rueda left out Segundo Castillo in the centre of midfield, with Oswaldo Minda coming in. Brazil turned in their most impressive display in the Copa so far, though they still lacked cohesion upfront, and remain a little nervous at the back.” Zonal Marking

Brazil 4, Ecuador 2
“Alexandre Pato and Neymar scored two goals each as defending champion Brazil hit form with a 4-2 win over Ecuador on Wednesday to secure a Copa America quarterfinals spot. Brazil finished atop Group B and advanced to a knockout match against Paraguay. Ecuador was eliminated. Pato scored with a header in the 28th minute and a close-range shot in the 60th, while Neymar netted from inside the area in the 48th and 76th. Striker Felipe Caicedo scored for Ecuador in the 37th and 58th.” ESPN

Chileans in raptures after sealing quarter-final against Venezuela
“Finding grilled meat in Argentina isn’t usually a problem, but for days the parrillas of Mendoza have been rammed. With Chile only 130 miles across the Andes, fans have come in their droves, with reports of queues of more than six hours at the border. Even a day after their 1-0 win over Peru – a poor match in which neither side managed a shot on target before the decisive late own goal – they lingered, and many will make the short hop up to San Juan for Sunday’s quarter-final.” Guardian – Jonathan Wilson

Grondona: Messi could quit
“Argentine Football Association (AFA) president Julio Grondona has warned that Lionel Messi could call time on his international career if the criticism from fans and the country’s media continues. Messi came under fire for below-par performances in the first two group games at the Copa America before sealing Argentina’s progress against Costa Rica.” ESPN

Venezuela 3, Paraguay 3
“Grenddy Adrian Perozo scored a stoppage-time equalizer with the help of his goalkeeper as Venezuela rallied for a 3-3 draw with Paraguay in a thrilling Copa America Group B match Wednesday. Venezuela was trailing 3-1 but pulled one back in the 89th via Nicolas Fedor. Goalkeeper Renny Vicente Vega then rushed to the other end in the game’s last play and met a corner with an angled header to set up Perozo’s equalizer two minutes into stoppage time.”>ESPN 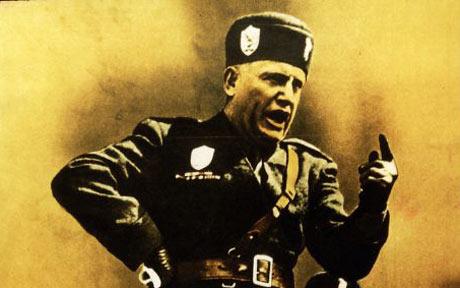 “Studies of Italian Fascism have spent a lot of time assessing the roles that rituals, myths and symbols of the regime played in ‘regenerating’ a mystical, national collective; however, few have considered the cultural role that football played in the imagining of Italy’s national community under Fascism. In the post-World War One era, Italy was still a rather disparate nation-state. During the 1920s therefore, one way the regime attempted to construct an imagined national community was through the popular sport of calcio (the ‘Italianised’ term for football).” The Equaliser

1980s Month: Le Carré Magique
“When it comes to footballing combinations of flair and panache, it appears that three really is the magic number. Down the years there have been a host of attacking triumvirates that have excited passions and frightened defences. From Sunderland’s infernal triangle of Cuggy, Mordue and Buchan in the 1910s, Brazil’s 1950 inside-forward trio of Ademir, Jair and Zizinho, Manchester United’s ‘holy trinity’ of Charlton, Best and Law in the 60s, to the three R’s (Rivaldo, Ronaldo and Ronaldinho) that dominated the 2002 World Cup, threesomes have always had something special about them.” The Equaliser

1980s Month: A Tale of Two Teams
“Prior to Uruguay’s encounter with Denmark at Mexico ‘86, coach Omar Borrás had already condemned their group – which also comprised West Germany and Scotland – as “El Grupo de la Muerte” or “The Group of Death”. Nowadays the term is thrown around all too regularly, often being attached to any conglomeration of recognisable international names, but when Borrás employed it it was more than fitting. Eventually three of the four teams progressed to the knockout rounds, but in that group each team epitomized a style of play so distinctive in relation to the others that one could not help but feel that the teams wouldn’t be able to survive in the presence of one another: such complete competitors simply could not coexist.” The Equaliser

“A certain player happens to have completed more successful crosses in the past three seasons than anyone else in the Premier League; he is the top-flight’s 5th-most successful chance-creator over the past seven seasons, and the only one of that top five to not be in a Champions League side over the duration (the other four being the world-famous quartet of Fabregas, Gerrard, Lampard and Giggs). His club’s Player of the Year, he is someone who has regularly registered in excess of ten assists a season throughout his career, with as many as 14 in 2006/07, and is capable of getting double-figures in goals (he did so in 2007/08, and was just one shy of last season). All this, and on average fit to play in all but three games a season over the past five years. (Stats courtesy of Opta Joe.)” Tomkins Times