Cox: City can beat elite teams without a prolific forward – it’s against the cautious sides it becomes a problem ﻿ 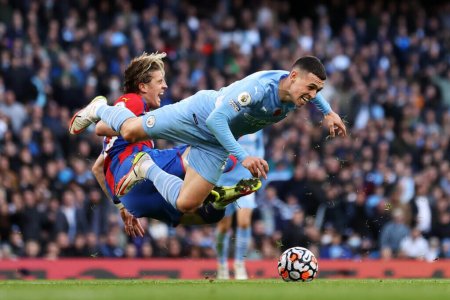 “Sometimes it feels like every Manchester City game is a test of whether playing without a prolific forward is viable, and the consensus can swing wildly from one match to the next. But City’s upcoming week might demonstrate why. On Wednesday, they face Paris Saint-Germain — a side averaging 62 per cent possession in Ligue 1, and naturally attack-minded by virtue of having multiple superstar forwards. Either side of PSG’s visit, City host Everton and West Ham United, two of the more cautious sides in the Premier League. Everton are averaging just 41 per cent of possession, the fourth-least in the league, and while West Ham are more positive in that respect, only Newcastle United pressure the opposition less frequently in the final third than David Moyes’ side. City’s next three opponents are typical of their managers. …”
The Athletic – Michael Cox

This entry was posted on Tuesday, November 23rd, 2021 at 12:52 am and is filed under Chelsea, FC Liverpool, Football Manager, France, Manchester City, Manchester United, Michael Cox. You can follow any responses to this entry through the RSS 2.0 feed. You can leave a response, or trackback from your own site.