Thoughts from the weekend: All Boys 2 – 1 Estudiantes 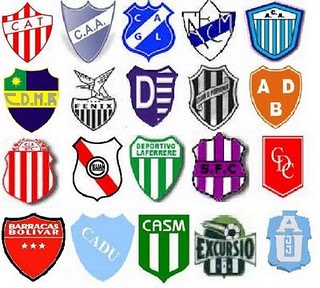 “I’m a bit late with this, but here it is at last. Last weekend saw a lot of goals scored in the first division, but in some ways perhaps the most important ones were scored in Floresta at the clash between newly-promoted All Boys and title-chasing Estudiantes de La Plata. Estudiantes’ defeat in that match has handed the impetus in the title race, for the moment, to San Lorenzo, and the victory for All Boys has given the club confidence that they could pull off an amazing survival this season. There were dramatic scenes before the match as well, when Estudiantes’ barra brava almost pulled guns on a group of All Boys fans (not the Albo barra, I feel compelled to point out).” (Hasta El Gol Siempre)

This entry was posted on Friday, September 24th, 2010 at 7:20 pm and is filed under Argentina, Football Manager. You can follow any responses to this entry through the RSS 2.0 feed. You can leave a response, or trackback from your own site.